It was the Monday of spring break in 2020 when the Hills family moved into their newly built Lakewood home, and the family was about to get a crash course in getting to know their new space.

Kelsey Hills, along with her husband Jay Hills and their two children, had more than enough time to settle into their new home. Soon after their move-in, the country shuttered in response to the pandemic, and the kids didn’t go back to school for many months.

The timing was fortuitous.

“We had time to relax into it and take our time,” homeowner Kelsey Hills said. “I really grew to appreciate the time that I had to really settle in.”

This was the family’s second custom-built home. They previously lived in Lake Highlands where they had built a home from the ground up (save the foundation and three walls, Hills said).,

Their new home in Lakewood — designed by Maestri Studio and built by Greenwell Homes — took inspiration from Hills’ longtime love of mid-century design. The home is a modern design and bears elements that were influenced by mid-century and 1970s-modern design, said Eddie Maestri, principal architect and creative director at Maestri Studio. Features like the terrazzo floors, peachy-toned brick on the exterior and the use of brass, wood and glass give the home mid-century and modern appeal, he said.

Maestri said that while the overall goal was to create a modern home, “pulling from mid-century elements does make it a little bit more timeless.”

Maestri said Hills, who was previously an executive at Neiman Marcus, is “fashion-forward,” and collaborated in the design process.

Hills said she favors black and white in her own style, and the pops of pink throughout the home are a departure from her usual style. She said the home was originally designed to be white brick, but they decided they wanted more color and opted for a peachy-toned brick on the exterior. The primary suite, in particular, reflects Hills’ color preference. The walls in the bedroom are painted black, and the tile in the primary suite has tile with a linear, black and white design.

“I love to hunker down, and I like a really cozy feel in the bedroom,” Hills said. “I really love the dark.”

1/10The black and white color palette throughout this Lakewood home is accented by rich colors found in the art and furniture. This dining table was custom-made by Scout Design Studio, homeowner Kelsey Hills said.(Jenifer McNeil Baker) 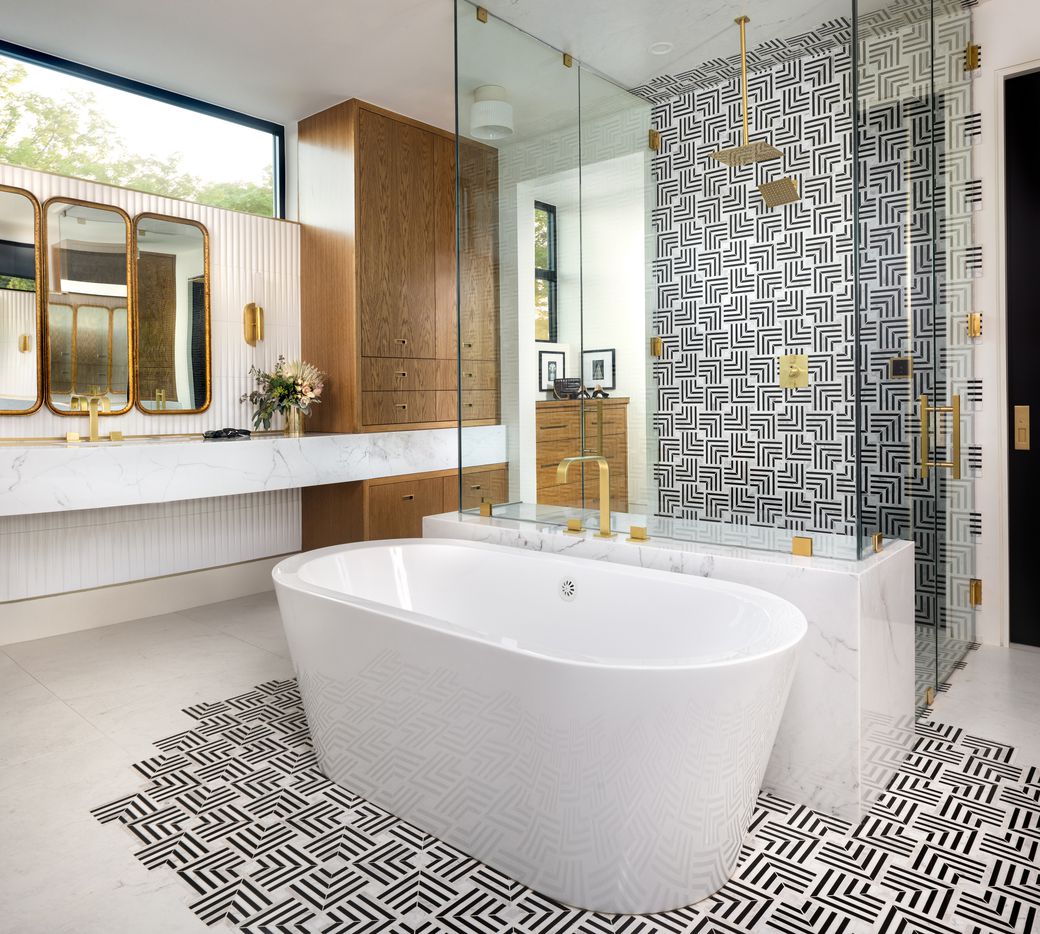 2/10In the primary bathroom, tile with a linear pattern extends from the walls of the shower to the floor beneath the freestanding bathtub.(Jenifer McNeil Baker) 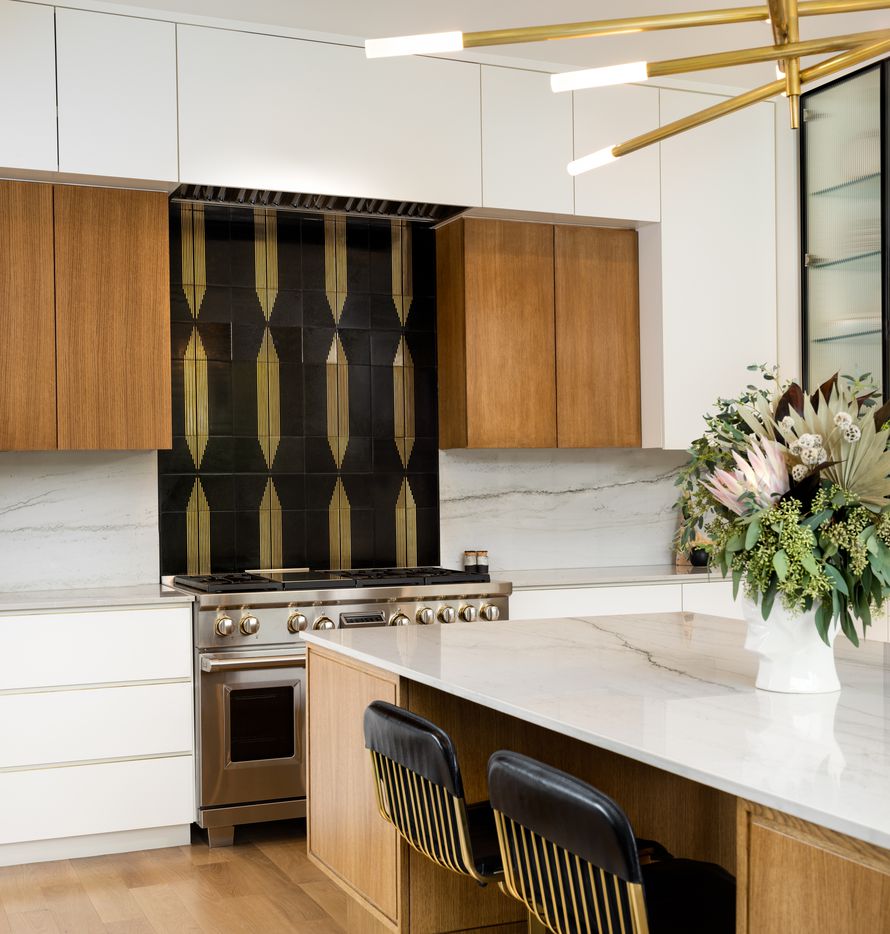 3/10The kitchen has an island in the center with seating on both sides, which creates an alternative and less formal dining space for the family of four.(Jenifer McNeil Baker) 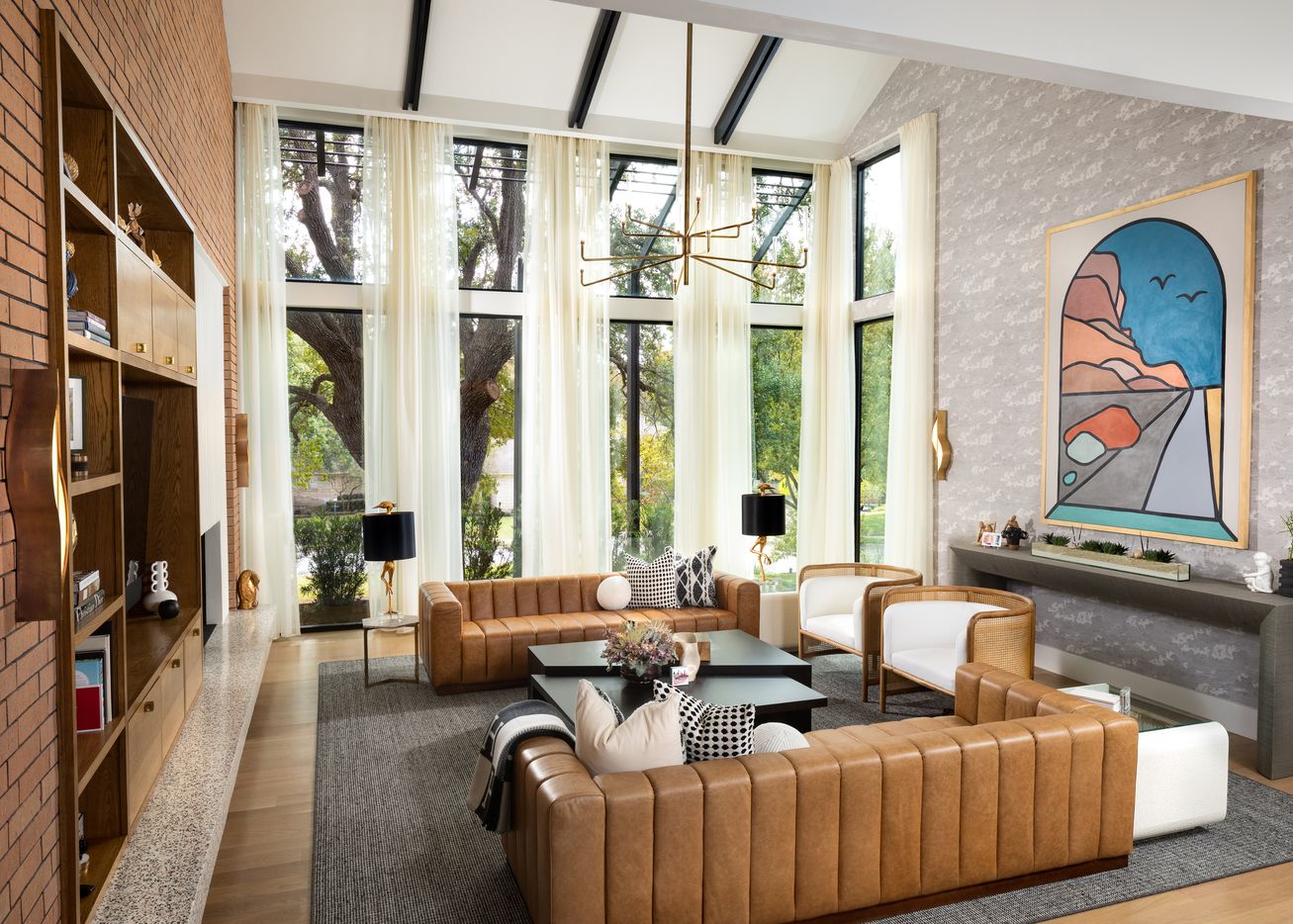 4/10Large windows fill the living room with natural light. The fireplace in the space is made of fluted plaster. Some of the furniture pieces are custom and others are vintage pieces that Kelsey Hills has collected over time. The coffee table is a custom piece by Scout Design Studio, Hills said.(Jenifer McNeil Baker) 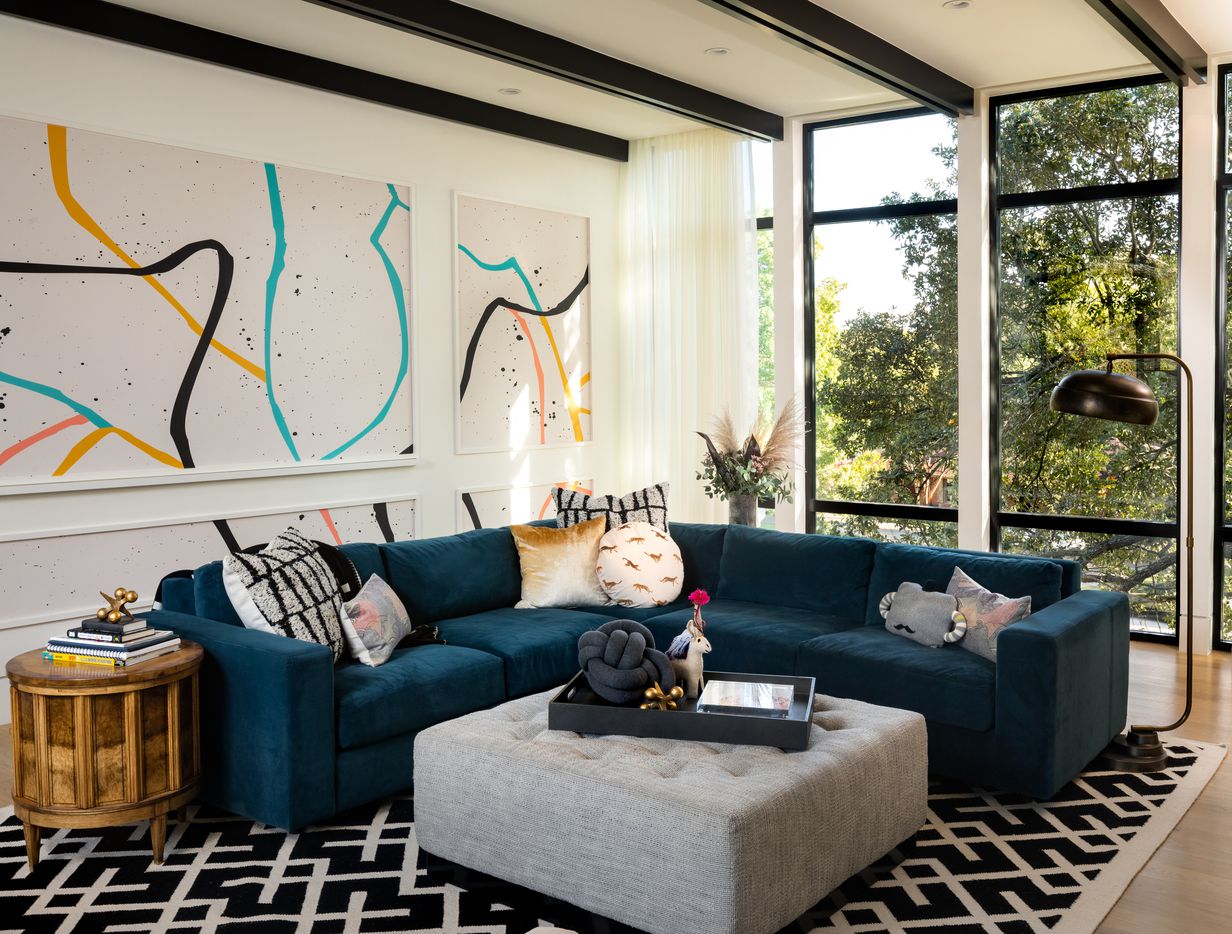 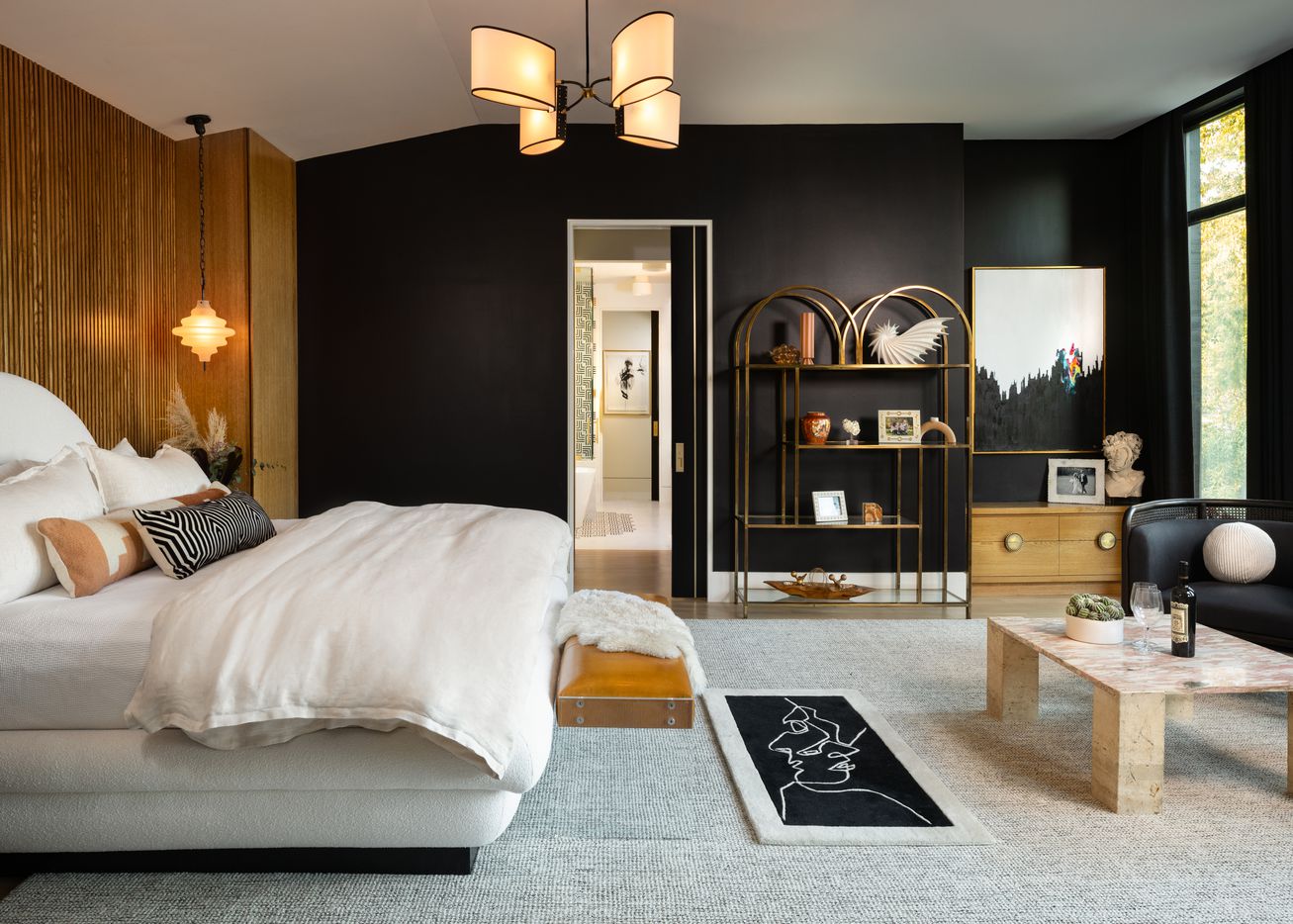 6/10Homeowner Kelsey Hills said she loves the black color on the walls in the primary bedroom because it gives the room a cozy feel.(Jenifer McNeil Baker) 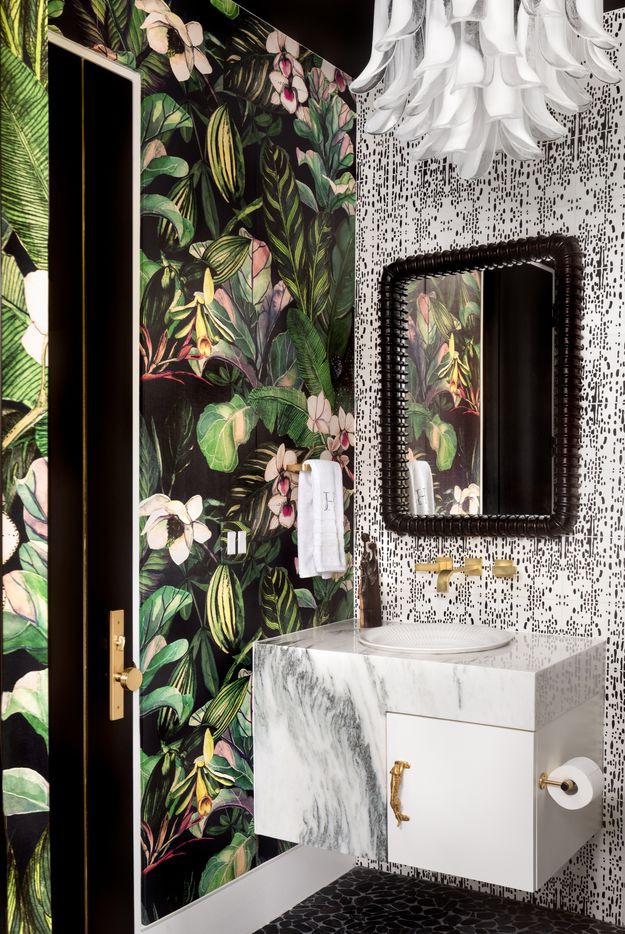 7/10Botanical wallpaper in this Dallas home adds a pop of color.(Jenifer McNeil Baker) 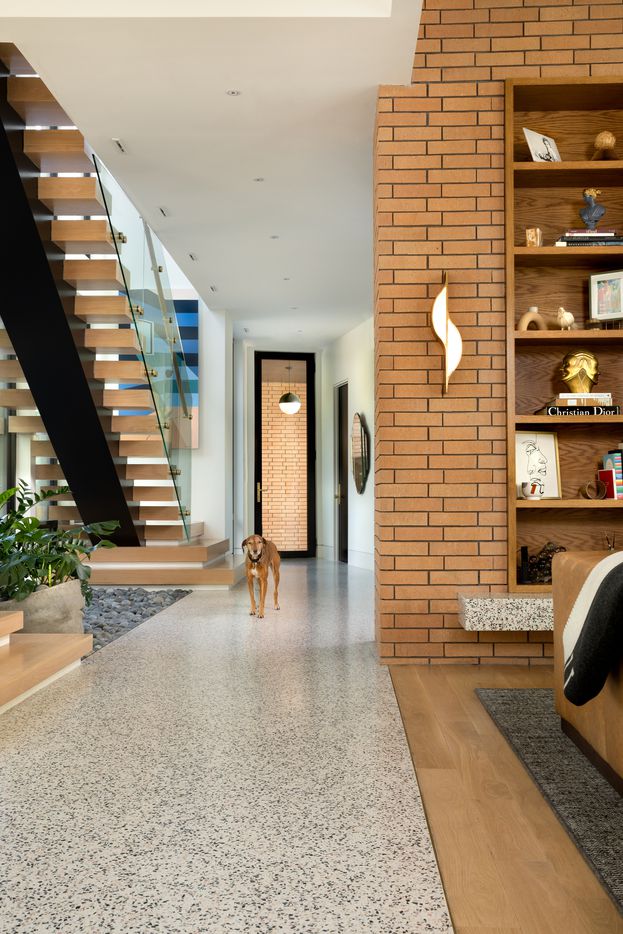 8/10A custom-blended terrazzo was used for flooring in the entry and the hallway near the stairs.(Jenifer McNeil Baker) 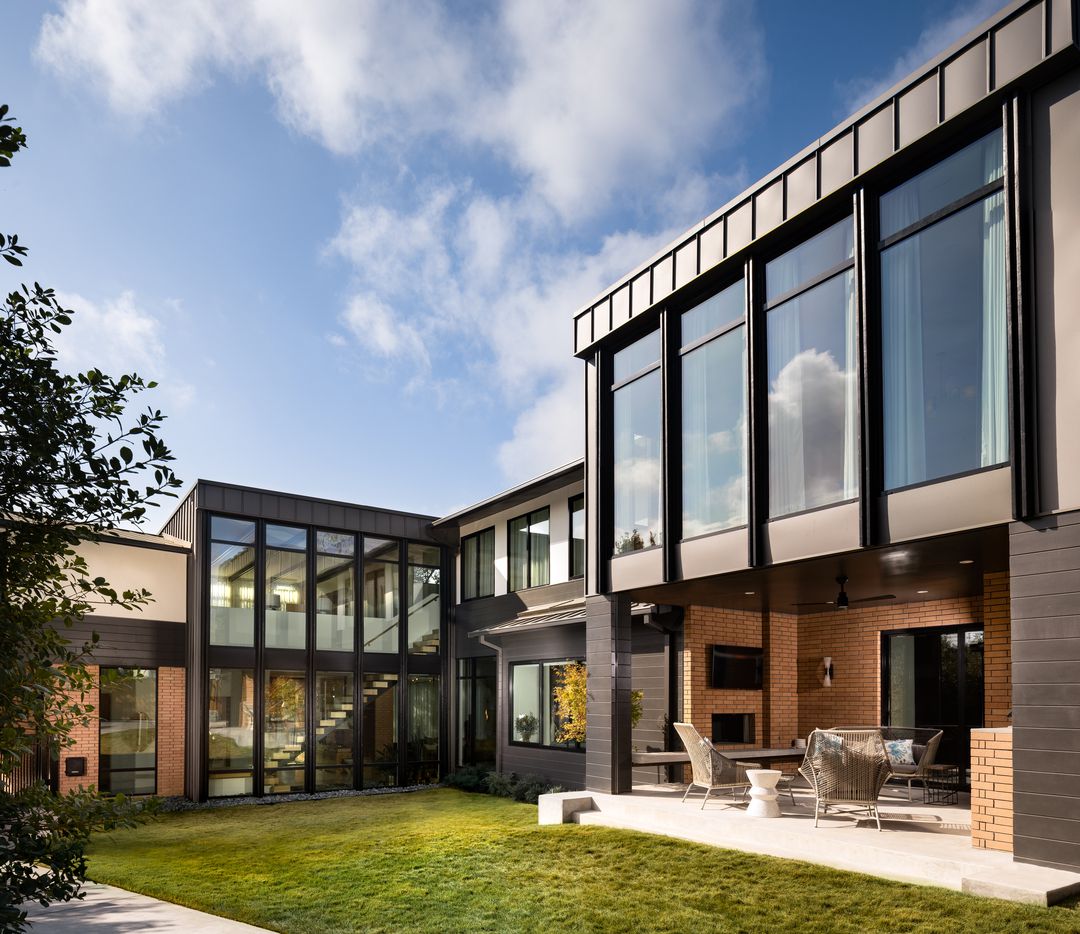 9/10Dallas-based Maestri Studio designed this custom home for the Hills family. It was built by Greenwell Homes and completed in 2020.(Jenifer McNeil Baker) 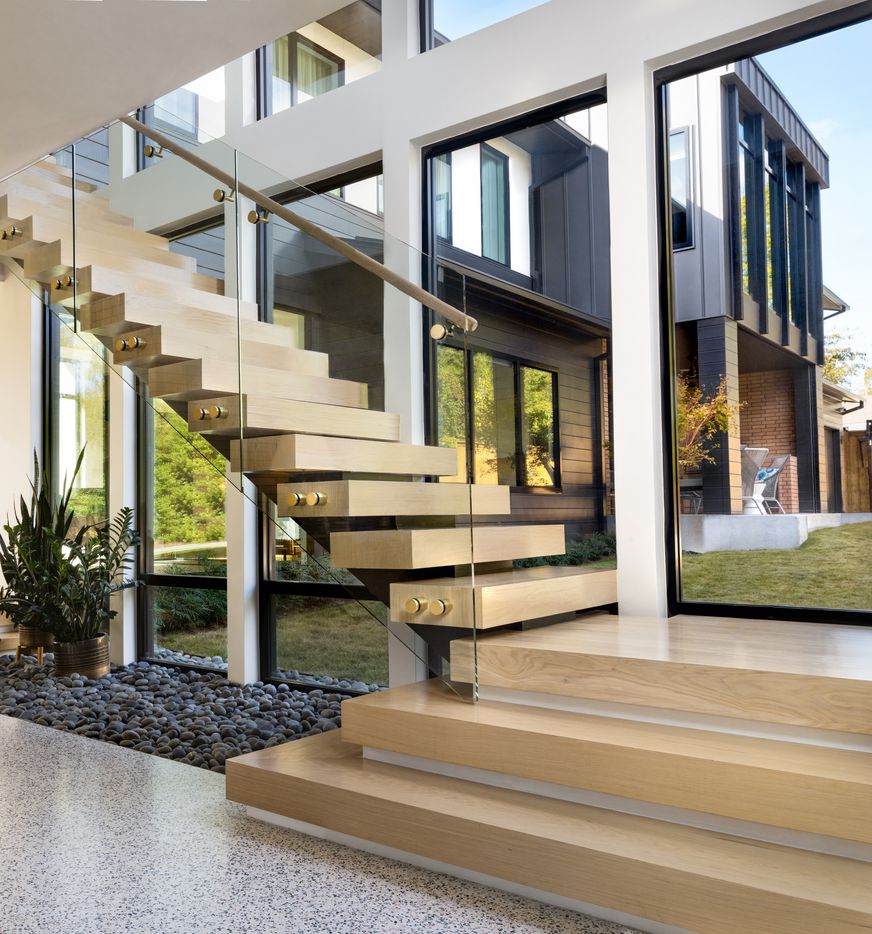 10/10This custom-designed Lakewood home has a floating staircase set beside large glass windows. The home was designed by Maestri Studio and built by Greenwell Homes.(Jenifer McNeil Baker)

The main living space has an open-concept design and the living room, dining room and kitchen flow together. The burl dining table, a grasscloth console table and the living room coffee table were custom-designed by Scout Design Studio, Hills. The kitchen island has seating on both sides, a feature Hills said the family wanted because they knew they would dine in the kitchen space more frequently. Walnut cabinets in the kitchen add warmth to the black and white palette.

Hills worked with the Maestri Studio team to outfit the home with artwork, brass fixtures, custom furniture, custom rugs and finishes throughout. Furniture and decor throughout include vintage pieces that Hills sourced over time from local vendors like Scout Design Studio and Again & Again.

The family’s home was part of the Lakewood Home Tour in 2021. The home has five bedrooms, five bathrooms and one half-bathroom.

This is part of our Posh Properties series, providing a glimpse inside nice homes in North Texas for those who love to look at houses. It is not paid for or presented by area real estate agents or companies.